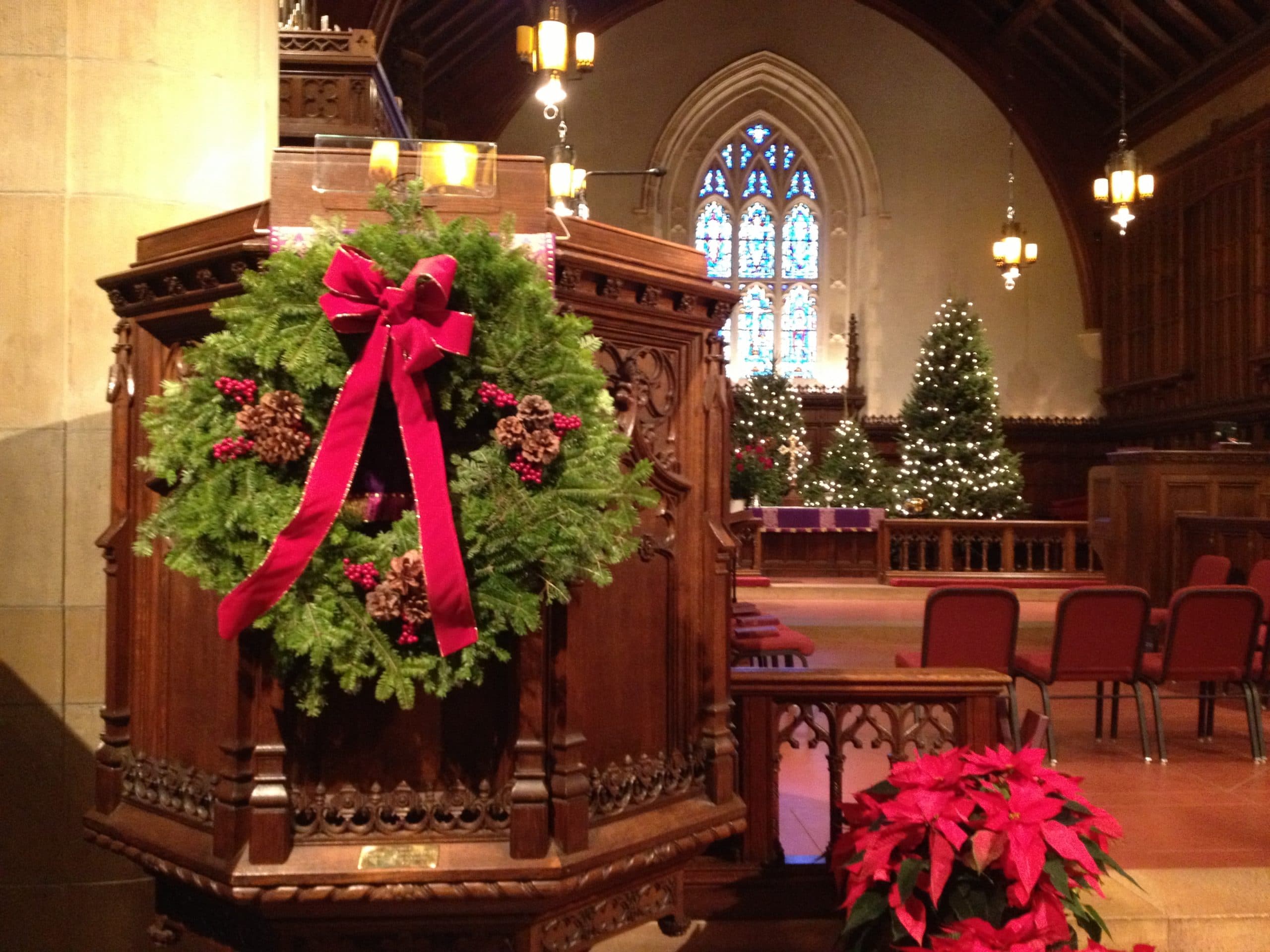 By The Rev. Samuel Clover

“The wolf shall live with the lamb, the leopard shall lie down with the kid, the calf and the lion and the fatling together, and a little child shall lead them.” –Isaiah 11:6

Jesus always turns conventional wisdom on its head—and challenges us.

This glimpse of “the peaceable kingdom” from Isaiah makes no sense. A ravenous wolf purrs alongside a bleating lamb. A leopard, who would normally devour a goat, instead snuggles up to it. A baby cow and a “fatling” rub noses with a hungry lion.

And a “little child,” which Christianity has interpreted as the baby Jesus, somehow “leads” this mix-matched menagerie.

How can a small child “lead” a group of naturally antagonistic beings?

I’m reminded of the story of the Christmas cease-fire at the beginning of World War I. Five months after war broke out in Europe, British and German forces had reached a stalemate. Thousands had been killed, and the pummeling continued. But when Christmas Eve arrived, the rifle pops and screams of mortar fire ceased, and soldiers on both sides began singing Christmas carols to each other. On Christmas morning, unarmed German soldiers appeared on the front lines, calling “Merry Christmas!” in English. The British greeted them with handshakes. For a day, good will trumped violence. Those soldiers saw the humanity in one another.

We live in a divided world, where hardened opinions and suspicions can bring out the worst in us—judgements, assumptions, incivility. But every December, we’re reminded that Jesus, a vulnerable infant born to an unwed mother from a backwater town, arrived to remind us that we are all—every one—God’s children, and precious. That forgiveness matters. That peace will triumph. That love has the last word.

As we move through this Advent and Christmas season, how can we be Christ-bearers to each other? How can we make our small corner of the world—our home, our workplace, the line at the grocery store, our social media account—a part of the peaceable kingdom?